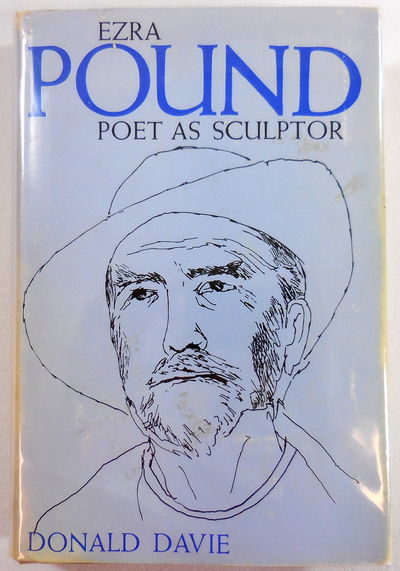 New York: Oxford University Press, 1964. First edition, 1964. This copy belonged to Marcella Spann, who started visiting Ezra Pound in mid 1956 when he was incarcerated at St. Elizabeth's hospital, and later became his assistant, muse and very close companion, travelling with Pound and his family to live in Italy after his release in 1958. She later became a Professor in the Department of English at the University of Connecticut. Light gray cloth with dustjacket. Some light edge rubbing, good hinges, sound text block, pages clean with Spann's name at the top of the front free endpaper and a handful of scattered underlines and notes in Spann's handwriting. The mylar protected dustjacket is priceclipped and has some shelfwear and scuffing, mainly to the extremities, almost no paper loss.. First Edition. Hard Cover. Good/Good. 8vo - over 7" - 9" tall. Dust jacket present. First Edition.